To serve residents of all ages by providing a dynamic center for continuous learning that provides access to a wide range of programs and services, technology, and resources to meet the needs of a diverse community. 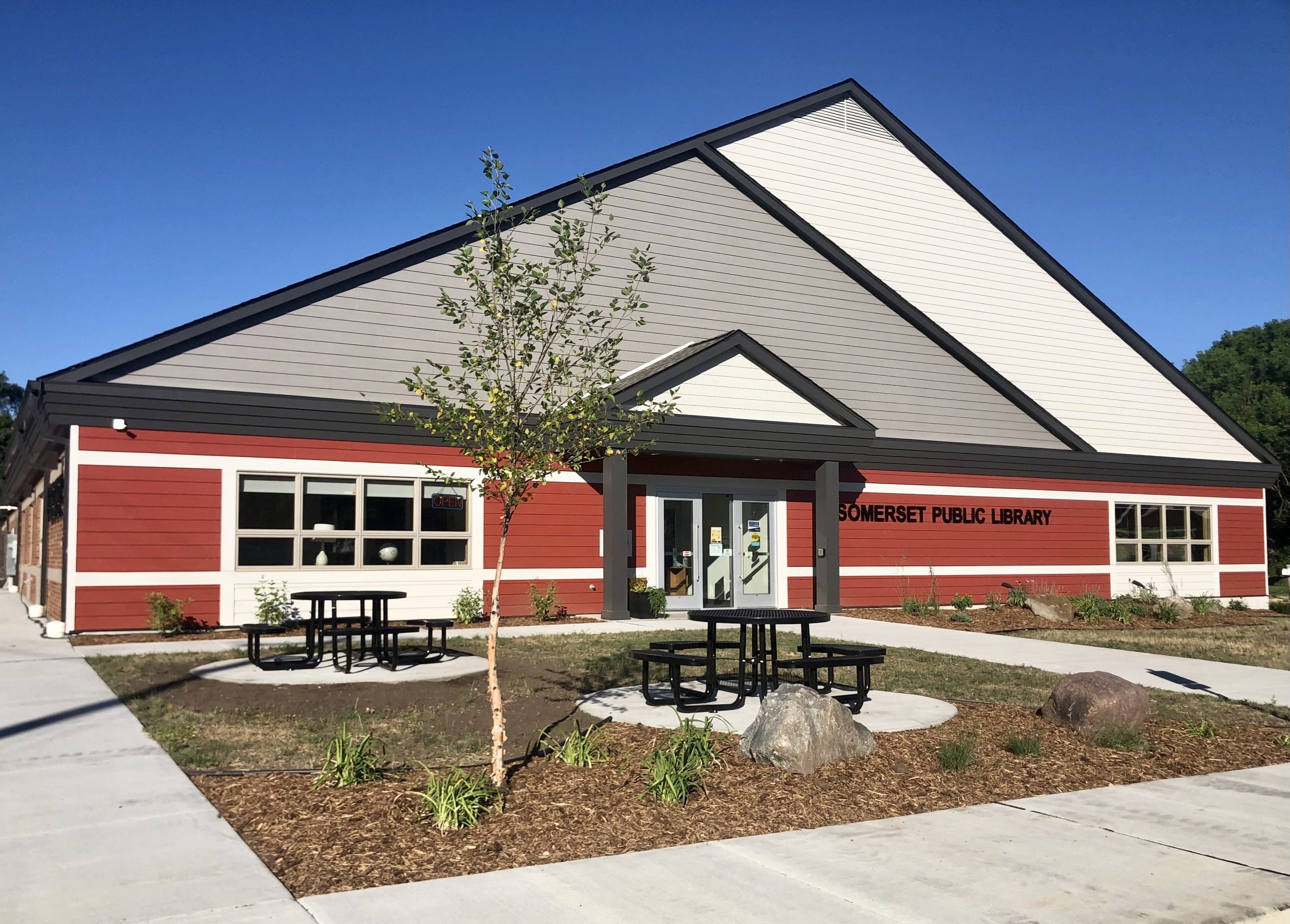 The Library Board of Trustees meets the first Tuesday of each month at 6:30 p.m. The public is welcome to attend.  At present, our board meetings are taking place over Zoom.  Information about meetings will be available on our front page a few days prior to each meeting.

We launch this effort with confidence, supported by all those who feel a personal responsibility for the vitality of our community and our library. We hope you will join us and that your sense of stewardship will translate into the highest philanthropic priority. When you are asked to give, please give generously to your fullest capacity.

–Library Board of Trustees

The Somerset Public Library traces its roots back more than 40 years. It was legally formed in 1974 by a group of residents aided by the Village President. Originally, the library consisted of a bank of shelves with a foundation of brick shelving located in approximately 350 square feet in the corner of the Village Hall. By 1976 the library required additional space and was moved to a remodeled former storage room in the Village Hall. That space only accommodated the library for five years, before needing to be moved again to a space of 750 square feet in an apartment building rented on Spring Street.

When yet another larger library space was needed, the Village garage was identified as a suitable alternative; however it was determined by Cedar Corporation of Menomonie that it was not feasible to remodel the garage. In 1990 the library’s Board of Trustees began raising funds to construct a new library, collecting a total of $265,480. The library officially broke ground May 10, 1993, led by Derrick Construction of New Richmond. The new library was completed and opened doors to patrons in November 1993.

The library’s Board of Trustees commissioned a space needs report in 2013 from the Indianhead Federated Library System to analyze the current and future needs of the Somerset Public Library given the region’s steady growth, and because the current facility was approaching the shelf-life of a typical library. The final report recommended that the library board consider two alternatives: 1) construct an addition to the present building or 2) construct a new library building on site with additional room for expansion. Ultimately, the report indicated a library averaging 16,000 square feet would most adequately serve the needs of the greater Somerset area for the next 20 years.

The library board discussed a plan to raise $2,500,000 –the cost of the new library expansion plans prepared by the architect.  The plan included a reconfiguration of the existing 3,500-square feet library, plus a 9,040-squarefeet addition, which would allow us to implement many improvements and give us room to grow over the next 20+ years.  In September 2017, the library board commissioned a feasibility study for the $2,500,000 capital campaign, and fundraising began in March of 2018.

Construction of the new building began in 2019, and was completed in the spring of 2020.  We finally have a facility that can better fulfill the needs of the Somerset community.